Recursion is the computer science concept of solving a problem where the solution depends on solutions to other instances of the same problem. With recursion, you can take a complex problem with multiple repeating steps, break it down into one small problem, and then feed the solutions of the small problems back into the original function. In order to avoid an infinite loop, you include a base case that signals your function to exit the loop and begin taking all of the solutions to the smaller problems and unwinding them to reach your final solution. 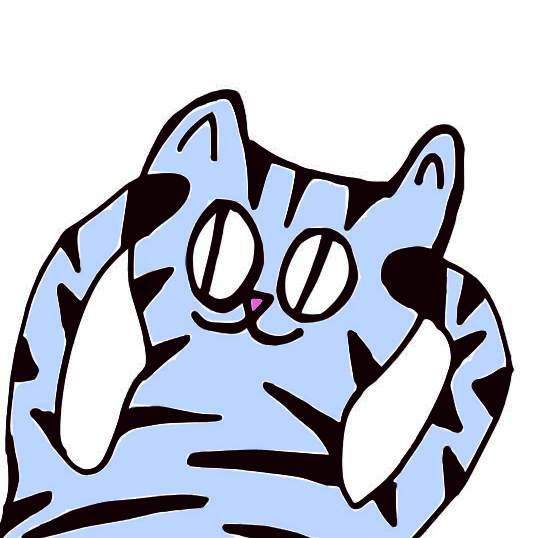 Don’t let it overwhelm you! This post will take you through a couple of recursion examples in Ruby and then discuss the pros and cons of iteration versus recursion in Ruby.

For all recursive functions, you need:

Let’s explore the Fibonnaci algorithm. The Fibonacci sequence is a mathematical construct of a group of integers where each number is the sum of the previous two. Here is the problem: Implement a function which returns the nth number of a Fibonacci sequences with an input n. 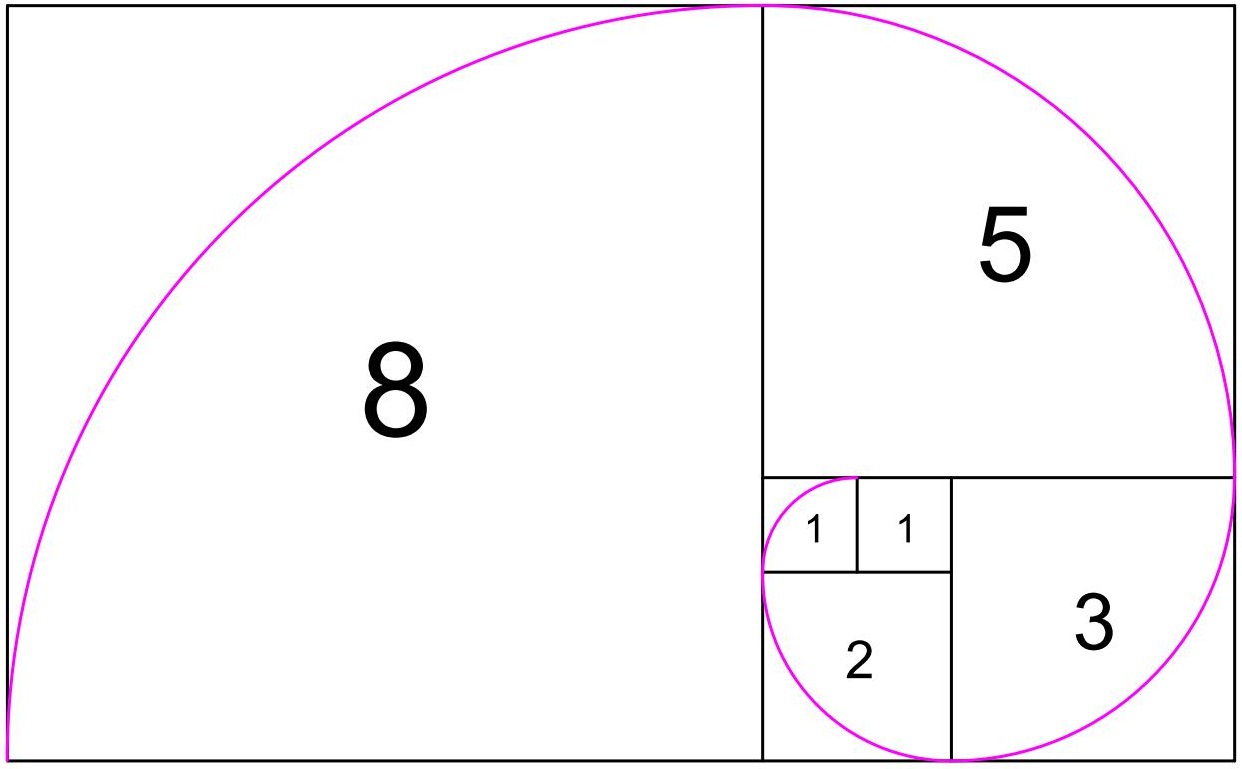 Here is the beginning of a Fibonnaci sequence in an array:

The examples below show you how the algorithm should work:

To get the solution, you need keep obtaining the sum of the previous two values until you reach a base case.

Here is the recursive solution:

In the image below, the black writing shows that when fib(4) is called, the function calls fib(n-1) + fib(n-2) until the base case fib(1) or fib(0)is reached. As you can see in the red writing, once the function reaches this endpoint, it winds back up until it can formulate the final solution (3). 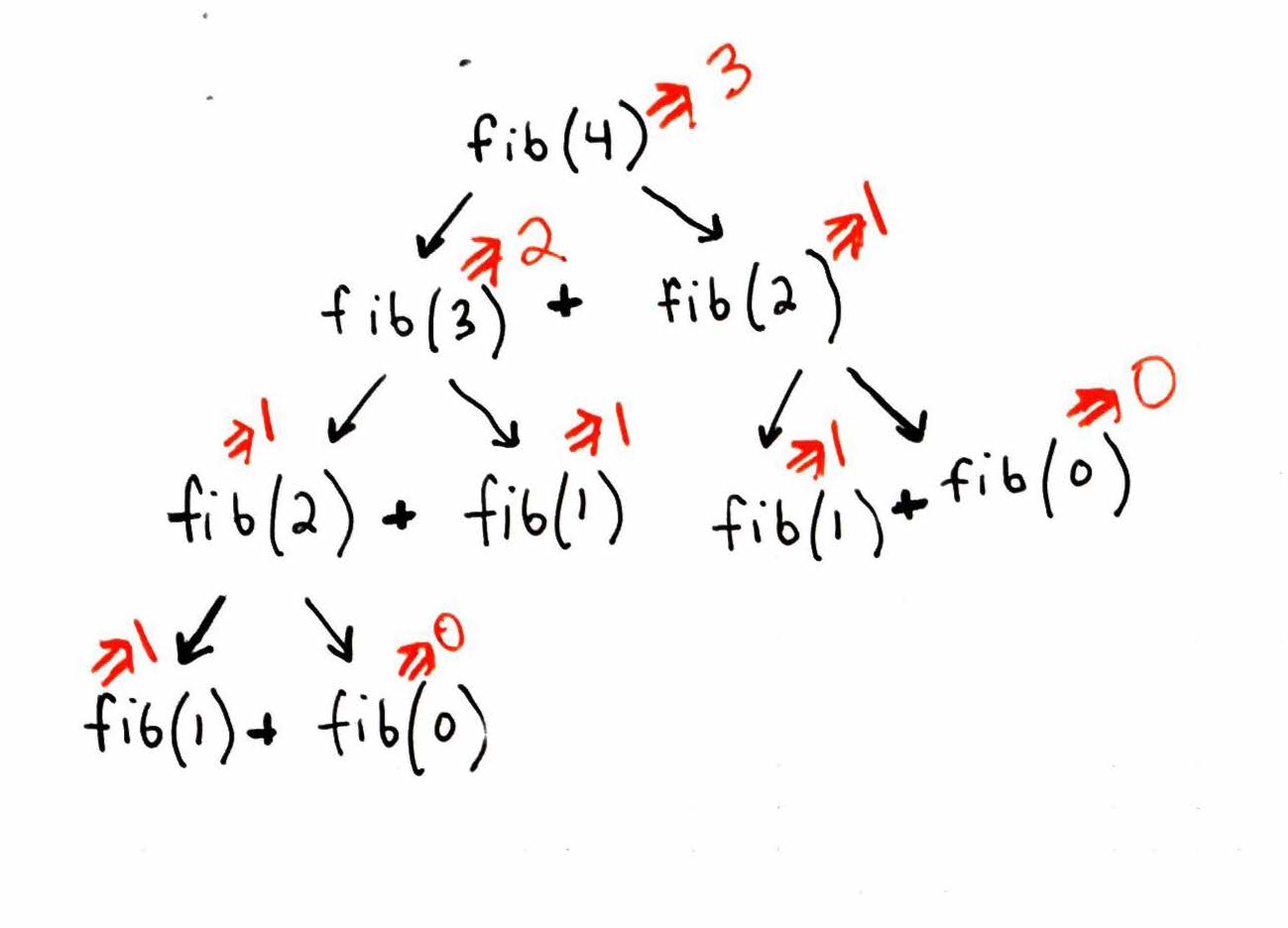 The case for the base case

The block if n < 2 is the base case of this function. Recursive functions need the base case to terminate the loop. If you get the error “stack level too deep”, you probably forgot to include the base case. This error is your computer telling you that you have reached your limit on the call-stack, which means you are running an infinite loop.

Here is a new problem: Write a function that, given a total amount of money and an array of coins, computes the number of ways to make the amount of money with the available coin denominations.

Let’s start by defining the base case(s).

Using Ruby’s splat operator (*), we can separate the first coin in the deonominations array from the remaining coins. Once we have that, we can execute our recursive function until a base case is reached:

For every coin we have 2 options:

The separate solutions must be added together to get the full solution.

In the drawing below, the black ink shows that changePossibilities(amount, denominations]is called until it reaches a base case, then it winds back up (shown in red) until it can formulate the final solution (3). 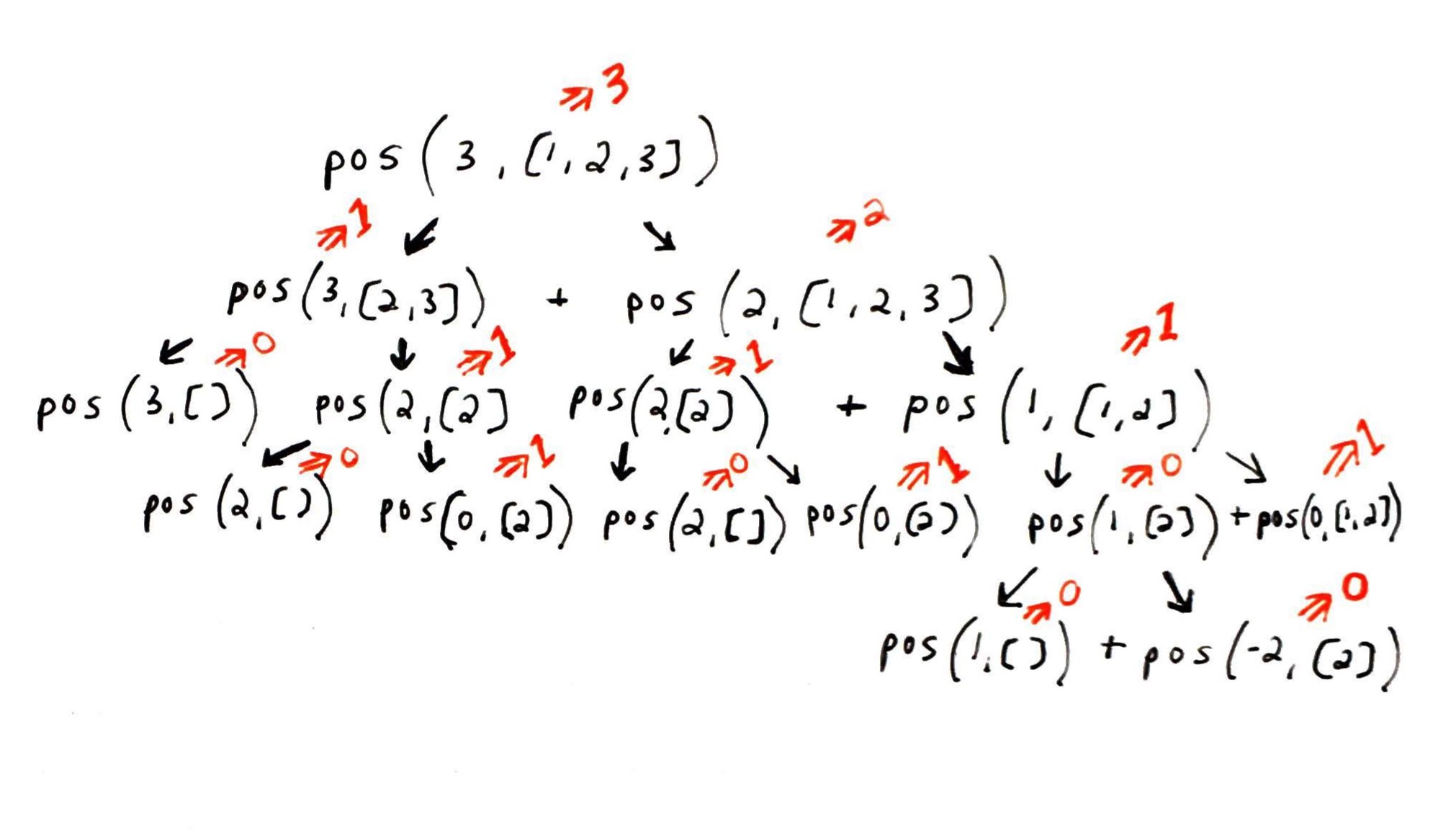 You might be thinking that you could solve these problems without recursion, and that is correct. Ruby is an imperative language that has a lot of useful methods for iterating over data and changing the state of that data. For example, the for and each loops mutate the value of the array. In other words, when you operate on data with Ruby’s for, the value of the original data changes. For that reason, it often makes sense to use iteration over recursion. Furthermore, in most cases, using iteration is actually faster. Some languages, known as functional languages (ie. Elixir, Haskell), don’t offer methods that mutate data, which can leave recursion as the only option.